Lunch in the Chernobyl canteen: 25 pictures

Exactly ten years ago, when I was living in Kyiv, I visited Chernobyl for the first time.  Following the HBO TV series “Chernobyl”, I thought people might be interested to see what the real place looked like.  Here are 25 of my pictures, with captions.

In 2009, 23 years after the catastrophe, the town of Chernobyl itself was still functioning – 4,000 people worked there.  The nearby town of Pripyat, a place of 50,000 souls where workers and families were evacuated the day after the explosion, generated the spookiest “ghost town” images. 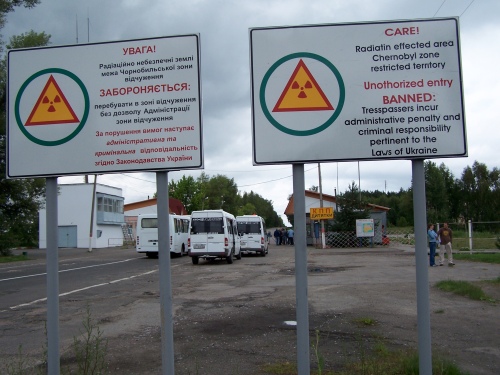 In 2009 there was a small but thriving tourist business taking visitors to Chernobyl from the Ukrainian capital Kyiv, around two hours’ drive away.  To enter the area of Chernobyl and Pripyat you had to pass through a control point. END_OF_DOCUMENT_TOKEN_TO_BE_REPLACED