Welcome to the opening chapters of my Berlin thriller, Blood Summit.

I wrote Blood Summit from my personal experience, after years of working with real terrorist incidents and real intelligence agencies.  I have exercised with special forces and fired live rounds at their training facilities.  This is the real thing.

What if the leaders of the eight most powerful countries in the world were taken hostage by terrorists, who then starting executing them live on-line in a facility designed to be impregnable?

What if you knew how to stop the slaughter, but no-one would listen to you and those you loved were amongst the hostages?

“Utterly gripping: I devoured it” – Edmund de Waal, author of “The Hare with Amber Eyes”

“Blood Summit is a cracker. Pimm has hit the ground running” – Matthew Parris. 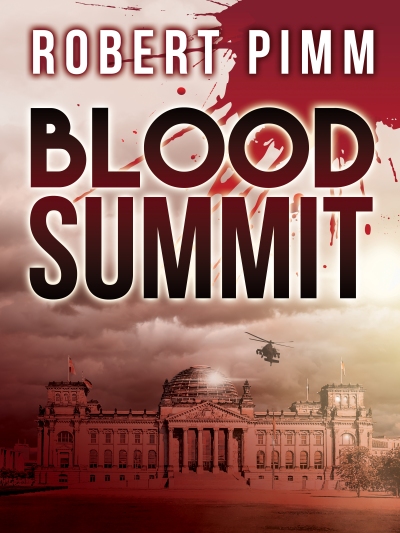 You can find Blood Summit on Amazon as a paperback or, for instant download, an e-book.  For a sample, read on.

A novel by Robert Pimm

There were children playing in the street outside her door.  Turkish, Uli Wenger guessed from their dark skin and bright clothes.  He walked around them.  The first insect Uli ever killed had been a child.  Today, he had more important business.

The surface of the door was rough with dirt and spray paint.  Sixteen buzzers studded the wall.  The target lived on the third floor.  Uli pressed the button by her name.

The hallway was cool and dark and smelled of damp stone.  Two bicycles END_OF_DOCUMENT_TOKEN_TO_BE_REPLACED

‘How many people are you expecting at your reading?’

‘But how many people will you will be happy with?’

‘Well, anything over three.’

We’re on our way to my reading from my Berlin thriller Blood Summit at the excellent English language bookshop Shakespeare & Company at Sterngasse 2 in central Vienna.  Not only is it a Friday night, but the World Cup has started: Portugal vs Spain, no less.  I am managing my expectations appropriately.

We gather in the bookshop.  It is a beautiful place, in the heart of Vienna’s old town.  Outside, a cobbled street.  Inside, books reach to the ceiling: a temple of imagination, stories and ideas.  If you have never visited Shakespeare & Co, go today or, at the latest, next weekend.  They are open until 9 p.m. six days a week.

People keep coming.  By the time I start the reading, at 1930, the shop is already crammed – I count 19 people.  More keep arriving, slipping in cunningly through a hitherto unsuspected back door.

A wonderful place for a book-reading – Shakespeare & Co

END_OF_DOCUMENT_TOKEN_TO_BE_REPLACED

This Friday 15 June! My live reading from “Blood Summit”

What does reclusive author Robert Pimm look like in the flesh?

You can find out on Friday 15 June at the wonderful Shakespeare & Co bookshop at Sterngasse 2 in central Vienna.

I will be reading from my new Berlin thriller “Blood Summit” (“a rip-roaring romp of a thriller” – Sir Christopher Mallaby). Entry is free and copies of the book will be on sale.

Come along – and bring a friend!

For a preview, see the video below, from my March 16 reading at Cafe Korb, also in Vienna.

In fact, you can buy “Blood Summit” in Shakespeare & Co any time: END_OF_DOCUMENT_TOKEN_TO_BE_REPLACED

Franz Schubert steps to one side.

The lights go down.

Robert Pimm looks up at the packed crowd.

For those of you who were kind enough to attend my first reading from my new Berlin thriller Blood Summit at the Cafe Korb in Vienna last year, introduced by remarkable artistic director Franz Schubert (“this name is not a joke”), thank you.

The video of my reading from Blood Summit above was produced by the excellent Sibylle Trost in Berlin – thanks, Sibylle!

I was delighted to receive a good deal of positive feedback on 16 March, as well as news the next day that brilliant English language bookshop Shakespeare & Company at Sterngasse 2 in central Vienna had run out of copies of Blood Summit.

They have since renewed their supplies. END_OF_DOCUMENT_TOKEN_TO_BE_REPLACED

I am working with the outstanding designers at Creative Covers on images for my new novel Blood Summit.

They have sent across a few mock-ups.  I’d be interested in feedback.

END_OF_DOCUMENT_TOKEN_TO_BE_REPLACED

Body Politic? Blood Summit? Or Show Me the Head of the President?

You spot three books, set in Berlin, which you think might meet the bill. 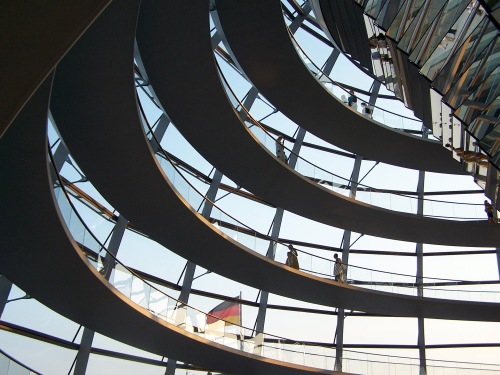 The Reichstag in Berlin: setting for my new novel

One of them is called Blood Summit.

One of them is called Body Politic.

The third is called Show me the head of the President.

Please let me know in the “comments” section below.

P.S. If you enjoy fresh, original writing, please friend me on Facebook or sign up for e-mail updates (top right – see the “click here” blue button).  Check out the range of writing on this site via the sitemap and guide.

A review of the forthcoming thriller Atomic Blonde describes it as “the biggest action role for a woman on screen to date”.

Sounds good to me.

A piece in the International New York Times by Jessica Manafi, which appeared in the Austrian Standard on 22 May, argues that Lorraine Broughton, the MI6 spy who is the heroine of the movie played by Charlize Theron, is getting closer to equality by END_OF_DOCUMENT_TOKEN_TO_BE_REPLACED