What if Ian Fleming wrote a James Bond novel in which the hero did not appear until halfway through? 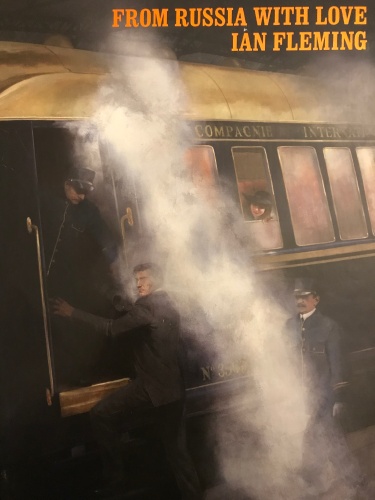 Such a book exists.  It is the fifth novel in the series, From Russia with Love, which came out in 1957.  The first ten chapters of the book outline a dastardly Soviet plot to kill Bond.  They take place in Crimea and Moscow within the bureaucracy of SMERSH – an actual organisation created by Stalin in 1943 whose name is an acronym for “SMErt SHpionam” or “death to spies”.

These chapters introduce two of Fleming’s most memorable villains: SMERSH Chief Assassin Red Grant (a psychopathic Irishman whose name has been Russified as Krassno Granitski) and the wonderful Comrade Colonel Rosa Klebb, “Head of Otdyel II, the department of SMERSH in charge of Operations and Executions”.

From Russia with Love works best as a time-capsule of 1950s post-war Britain and its cold war preoccupations.  It contains references to Soviet spies Burgess and Maclean, who defected to the USSR in 1951 and resurfaced there in 1956; and, in the opposite direction, Nikolai Khoklov, a KGB officer who defected in 1954 and, spookily, was treated for thallium poisoning in 1957 as the result of a failed assassination attempt.  Also in 1956, MI6 diver Lionel “Buster” Crabb disappeared on a mission to investigate a Soviet warship in Portsmouth Harbour.

As in Diamonds are Forever, which I reviewed recently (links in bold italics are to other posts on this site), attitudes to women and homosexuality in From Russia with Love reflect its era – including a line where Bond says: ‘All intellectuals aren’t homosexual.  And many of them are bald.’  Although many of the most homophobic or sexist comments are made by unsympathetic characters, some are too offensive to reproduce here even for illustrative purposes.  On a different note, it is striking to see Bond taking on board a plane as cabin baggage, in addition to the Beretta he carries under his jacket, a bag containing ‘fifty rounds of .25 ammunition, in two flat rows, between the leather and the lining of the spine.  In each of the innocent sides there was a flat throwing knife, built by Wilkinsons…’ as well as the silencer for his pistol and fifty golden sovereigns.

Despite all this, I enjoyed From Russia with Love.  Its taut descriptions, gripping action sequences and depiction of a tense, grubby post-war world where intelligence services are locked in a violent death-spiral of betrayal and assassination generate an urgent atmosphere and a driving sense of story.  I’d recommend it, if you don’t find the dated attitudes too offensive.

The book contains curious examples of Bond’s personal habits which make me wonder if I was wrong to dismiss the idea that James Bond might have a salad dressing recipe.  Here are a few quotations:

I was struck that while SMERSH assassin Red Grant reads PG Wodehouse (“The Little Nugget”) in his spare time, Bond reads Eric Ambler (“The Mask of Demetrios”).

As a long-time resident of Istanbul I enjoyed the sinister depiction of the city in From Russia with Love, several scenes from which are staged faithfully in the 1963 movie.  But I was struck by some gross inaccuracies.  For example, Bond refers to the “river frontage” when he means the Bosphorus (not a river – Ed).  Worse still, Kerim Darko, the head of the British Secret Service’s “Station T” in Istanbul, mentions the “Mosque of Sultan Ahmet.  Famous Byzantine Frescoes.”  Needless to say, the Sultanahmet Mosque contains no frescoes of any kind, much less Byzantine ones, having been built after the Turkish conquest of the city in 1453.

Finally, I noted some intriguing differences between the book of From Russia with Love and the movie.  In the latter it is not SMERSH itself, or the USSR, which targets Bond, but international criminal organisation SPECTRE, conveniently staffed by ex Soviet experts.  What happens to Bond at the end of the book (no spoilers here) also differs markedly from the film version.

For a discussion of why James Bond movies are almost inevitably ghastly and yet some of us continue to watch, them, see my blog Spectre: five reasons to miss it & five reasons you’ll see it.  I have also blogged on the Bond movies’ bizarre and dated attitudes to women.  I mind this more than the dated homophobia and sexism of the books, which in part provide reassuring evidence of how far we have come since the 1950s.  Modern Hollywood should be doing better. 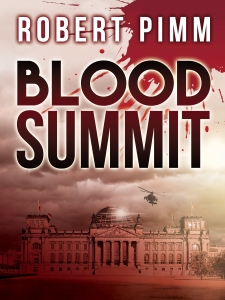 By Robert Pimm in Reviews, Writing: about writing on 28/09/2019.
← Reading tips: Diamonds are Forever: civil servants and “shills” Friday 18 October: come to my live reading in Innsbruck! →